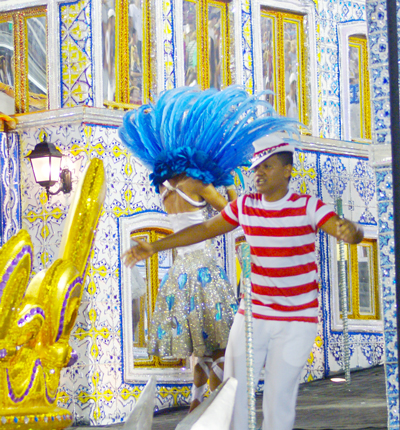 The Carnival is heating up. Each Samba School is already preparing their members to the gigantic show in February. The rehearsals days in their headquarters, that we call Samba Courts (or Quadras de Samba in Portuguese) are already fixed, as well the technical rehearsals dates at the Sambadrome. The practice sessions at Samba courts are very exhilarating and many times crowded parties, where you find the the Samba Schools' grassroots people. If you like the loud and exotic beats of Samba Schools' drums, you can't miss them! See below the address of your favorite Samba School's Court and the time of the rehearsals. As most of them are located in city's outskirts, it is recommendable to get there by Taxi or go accompanied by guides or native people.