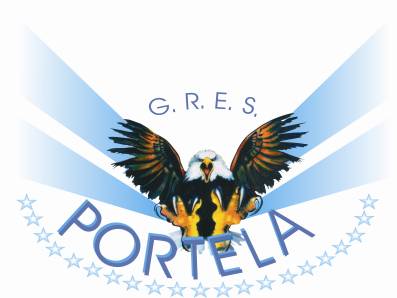 An iconic stroke of fate, Portela was founded in the shade of a mangueira or mango tree. That was in 1923, in the backyard of Mr. Napoleão's home, father of Natal who was its best known former president. At that time it was still the Oswald Cruz Joint Carnival Block. It had several names (Go as you Can was the funniest) before it adopted the name it has today, Portela. Since then, it won twenty times, the last long past in 1980. This year the school that has won most on the avenue invests in the carnival artist duo Amarildo de Melo and Ilvamar Magalhães, who sign the theme Brazil, Paint your face and Show it to the World, about the formation of the Brazilian people. 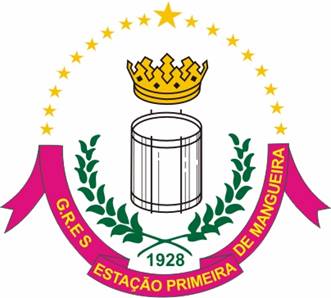 Brazil's most popular school. The birthplace of frontline samba artists, such as Carlos Cachaça, Nelson Cavaquinho and Nelson Sargento. This is Mangueira, the Samba Palace school, its rehearsal hall increasingly crowded, with an even more streamlined program for Rio dwellers or tourist revelers. Mangueira of the newly inaugurated Cartola Cultural Center, where traditions are safeguarded and preserved in photos, texts and videos. Mangueira of the amazing carnivals. Who doesn't recall the 1984 parade in homepage to Braguinha, when the school went to the end and the turned back in a once only performance on the avenue? Who doesn't remember its last championship in 2002, an astounding tribute to the people of the Northeast? In fact, for the superstitious: the 2006 theme also addresses the Northeast – about the São Francisco River. 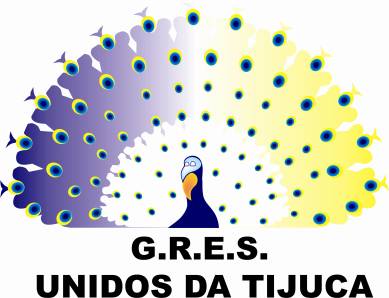 Some people think that Unidos da Tijuca is a new school. On the contrary: it is in fact one of the oldest schools in the city. Other misinformed people believe that it might be on the verge of winning its first title. Ok, from what we have seen in the last two parades, its time to win perhaps has come – but it won't be for the first time. Tijuca was champion in 1936. The public don't know it so well because it was in access groups in the sixties and seventies.

Now in 2006, its stakes are high on its trump card: carnival artist Paulo Barros, who has been modernizing the parade with his human floats, full of movement and creativity. The theme is enigmatic: Hearing everything I see, I'm seeing everything I hear.

Vila Isabel has only won once. But what a win! It was in 1998, with Kizomba, a parade paying tribute to the black race. Many define as one of the most magical moments in the history of the samba Avenue. And who was there saw it all, but no chance of a repeat due to a storm on the evening of the Champion Parade. After some years in Access Group A, Vila Isabel has been gradually reviving and this year invests in a theme about Latin America to stay in the top six – this time, if St. Peter permits, to parade again on the Saturday. 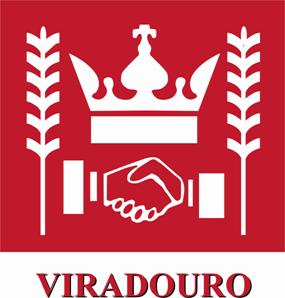 Viradouro, 1997 champion, year of the percussion's funky beat and the opening black float, creation of genius Joãosinho Trinta, now in 2006 adopts a theme on architecture by carnival artists Mario Monteiro, Cacá Monteiro and Milton Cunha. The school began in the 1940's in Santa Rosa in neighboring city of Niterói, and its name comes from one of the busiest streets in the neighborhood at that time – Mario Vianna street – where the streetcars would turn the bend, turn around and return (virada) – and it soon adopted the name of Viradouro. It was champion in its own tow, then a brief interlude in the Rio carnival in the 1970's, and in the late 1980's joined the top Rio samba schools. 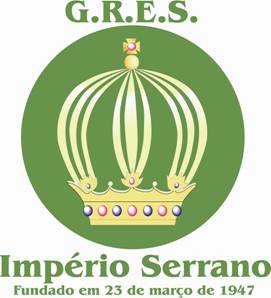 Imperio Serrano is one of the most traditional and revolutionary schools in carnival but has had little luck in recent years.

It was champion for the last time in 1982 with the 21 – century theme Bum-bum Paticumbum Prucurundum, but after that achieved nothing more than ninth place. The school that once sung the memorable sambas Brazilian Aquarelle, Five Balls in Rio History, Heroes of Freedom and The Mermaids' Legend, will this year keep its tradition and present an attractive samba-theme about the religious aspects of the Brazilian people: The Empire of the Divine. 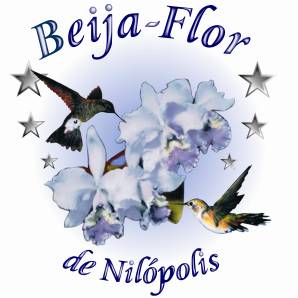 How about going back to 1998: Beija-Flor champion! Runner up the following year.

Then, runner up again. And in 2001 and 2002. In 2003, champion. Champion again in 2004. And three-times champion in 2005. As you can see, Beija-Flor doesn't parade just for fun. Over the past eight years, it came in first or second. And outright leader in the Independent Samba School from Nilopolis this year chose water as its theme, a tribute to the Minas Gerais spa of Poços de Caldas, origin of crystal clear springs. 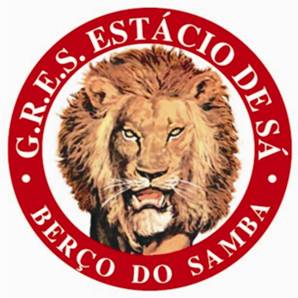 This year Caprichosos pays tribute to the State of Espírito Santo, in its theme signed by carnival artist Chico Spinosa. Don't even think that this kind of serious theme would prevent the school from parading whit its main trademark: irreverence. Whoever visited the rehearsals could see that the blue-and-white school is still the same: happy, fun, lustily singing the samba. In the 1980's, the school firmly rooted itself in the top samba school group, with its forever good – humored and critical parades. 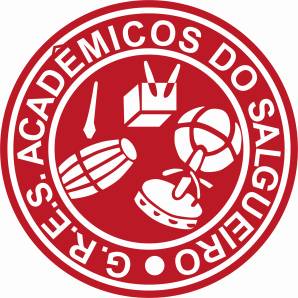 Salgueiro, with its slogan "no better, no worse, but special", open the parades.

The catchphrase was created during the 1950's by the president Nelson de Andrade. Who had also hired the carnival artist Fernando Pamplona who transformed carnival by now valorizing the parede's image. Its 2006 theme Microcosmos: hidden from sight but deep in our hearts. The Tijuca school has not won since 1993, when it thrilled Rio with the refrain "dearest heart, burst into happiness". How about a burst of happiness again? 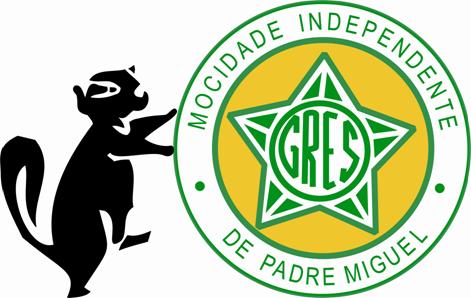 Mocidade Independente, fifty years old four months ago, will now during the parade, celebrate its anniversary. Mocidade is a traditional school from the Padre Miguel neighborhood, more specifically Vila Vintém, and its theme on the Sambadrome is the art of living good living. It is like opening a self-help book, full of merriment and fantasy, opened right in the middle of the avenue. This year the percussion that made it famous since the times of the late Maestro André, is now conducted by Jonas. A sure sign of syncopated rhythm.

Here is a school worthy of respect. It doesn't have a huge fan club, like Mangueira's. It hasn't got half of the Portela traditions – but that's because it's much younger. And not so many celebrities either, like Salgueiro or Grande Rio. But Imperatriz has oomph! Maybe it's the determination of an almost perfect partnership – the school and Rosa Magalhães carnival artist with her colored locks and even more brightly colored floats. She was there when the school won two championships in the 1990's and for the triple win in 1999, 2000 and 2001. This year's theme is – to arms, then, all of you, about the hero Garibaldi. 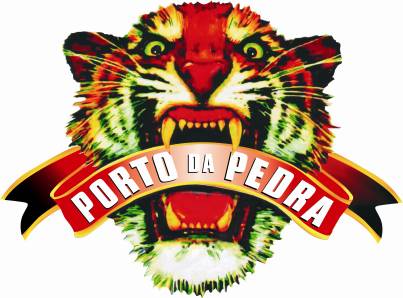 A women's school will be parading down Sapucaí Avenue. Porto da Pedra pays tribute to all Brazilian women, good or evil – even soap opera villains will be remembered during this parade created by young carnival artist Cahê Rodrigues.

The red-and-white school from São Gonçalo opens the second evening of the Sapucaí parade, endeavoring to repeat its 1997 feat when its theme was about the insane and their insanities and achieved a respectful fifth place, its best performance on the Avenue so far.

In 1997 the school reached the special group with the theme of a fantastic trip by Zé Carioca to Disney theme parks.

Now the school is back in the carnival elite, full throttle, after being champion of Access Group A last year whit the theme A word without boundaries by carnival artist Alex de Souza. He continued with the school, since Rocinha's rehearsal grounds are in the up-market neighborhood of São Conrado next to Rocinha, the city's largest slum.

The slum and city come together in a faithful portrait of Brazil. 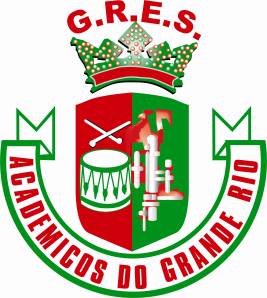 Grande Rio eventually reached the Special Group in the early nineties, then it tripped up and was relegated, recovered the following year, and since then has been full steam ahead.

It was even third twice, in 2003 and 2005. Some say it's now time to win the championship. If it does, it will be the third school outside of Rio de Janeiro to achieve such a feat, after Beija-Flor and Viradouro. This year the theme of the tricolor school from Duque de Caxias will be on the Amazon – and Amazonas, the State where El Dorado is.