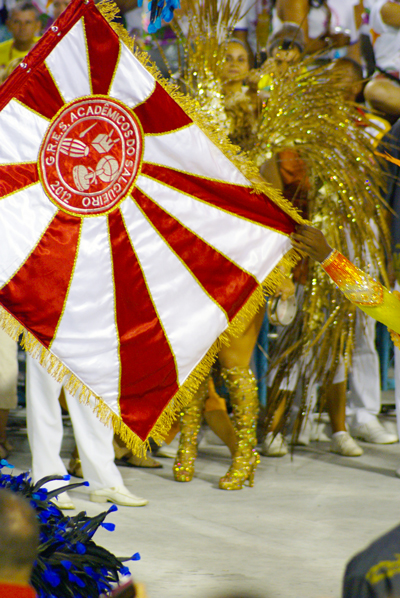 There are nearly 100 Samba Schools in Rio. They all compete during the Carnival but only a few ones parade in the Sambadrome.

Schools are ranked hierarchically into 6 levels or groups: SPECIAL, A, B, C, D and E. Each group contains between 8 and 15 Schools which compete among themselves to be the group-champion of the year. There is also the JUNIOR Schools group, which is currently composed by 18 Schools.

The top groups to parade in the Sambadrome are the SPECIAL one plus A and B groups.

It may take years for a School to reach the top groups since all Samba Schools begin in the lower ranks. School members are passionately committed to their Schools. They take it as a serious responsibility to make their School sparkle in the parades and rise in rank.

It is a life philosophy.