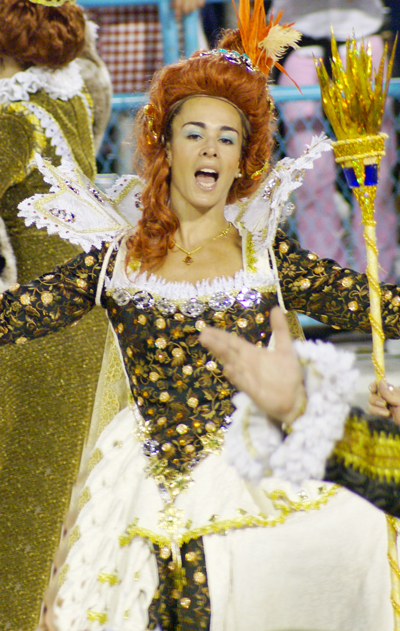 Rio offers a selection of Carnival balls you really cannot miss. A ticket to most Carnival balls will cost you around 40.00 USD to 1800.00 USD. Costumes are not mandatory, with the exception of a few balls. Putting on something special will help you get in the right mood, though coming with a group, you can reserve a table, or even a box.

A true Carnival Ball features live music. It's usually 2 bands taking turns, and sometimes there is a guest vocalist. Samba percussion is supposed to be very loud. Bring earplugs, if you have sensitive ears.

Balls usually don't start until 11pm and go strong until sunrise. There are a big variety of balls for all tastes: Gala Balls, Balls for singles Gay balls etc. Most of the balls are quite informal affairs, open to the middle and upper-middle classes of Rio (popular balls, cheaper, wilder and potentially dangerous are also readily available, please make sure you select well your ball, by asking us). Recommended only for Adults.

Rates for Carnival Balls will be available only in December 2022.