The Capital Of Samba 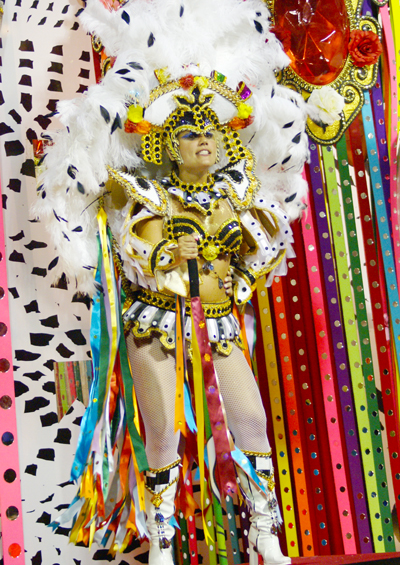 As it is known, the Carnival is a period of 4 days inside of the ecclesiastical calendar, that goes back to the Greek glorious time, and thrills t several cities of the world and of Brazil. Rio de Janeiro is one of these cities.

The first origins of the Carnival are in Europe, but it was in Brazil, specifically in Rio de Janeiro, that it was adapted and expanded in a way that has never been before in its origin area.

The large miscegenation of the Brazilian people solidified a peculiar culture, mixing rhythms of the African continent with the music of European traditions and the indigenous sonority. The urban citizen from Rio de Janeiro of the century XIX had contact with all these cultures, mainly with the black one that, due to its great influence, founded that contagious rhythm with its drums, dances and songs that today is known as samba.

The first carnival march was "Ó Abre-Alas" 1889 composed by the female conductor Chiquinha Gonzaga. It has crossed the century and it makes people sing up until these days. Chiquinha Gonzaga was responsible for approaching erudite and popular music. Since then, the popular music conquered more and more space, always being enriched with instruments and rhythms brought by black culture. This music, combined to the costumes and masks people wore, produced the necessary ecstasy to this regulator cathartic effect of social balance which exists since the origin of carnival.

All these qualities did what Rio Carnival is, nowadays, the greatest carnival of the world and it is an example and inspiration for other several carnivals.

Its magnificence appears mainly in the parades of the Schools of Samba of the Special Group in Sambadrome, that is considered the biggest audio-visual show of the world. Its "stadium", a avenue sided by blocks of thousand of seats, icon of the Contemporary Rio Carnival -has become internationally known as Sambadrome. Its artistic splendor and the strong elements of popular culture brought to Sambadrome or to the street bands, features the influence of a miscegenation composed for almost all of the ethnic groups of the world.

The influences of these manifestations and the festivities are so great that there is rarely somebody who hasn't ever heard something about Rio Carnival, especially cause this city takes in, on its annual commemorations, about 500.000 tourists from the most varied countries.